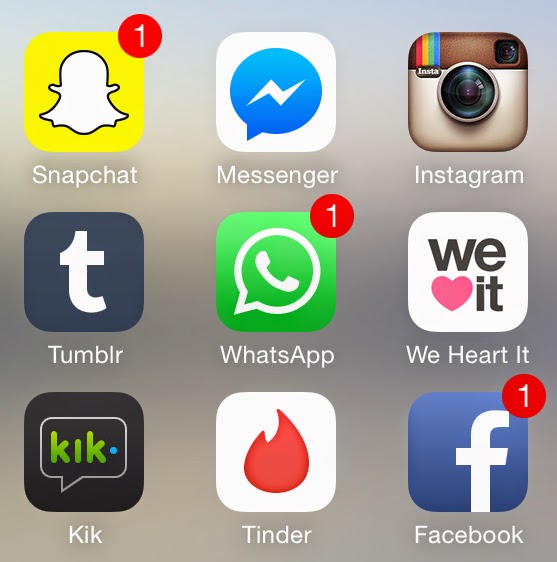 Are you feeling lost with all of these millions of social networking applications, wondering which are now in and which out in the world of teenagers?

I am a 17 year old Finnish girl living in Brussels, Belgium. My friends come from all over Europe as their parents work in the European Commission. Thus they represent quite well European teenagers.

During the past week I have been working as a trainee here at Loyalistic and now I will reveal you what's hot or not among us teenagers.

Let’s start with the biggest question you have been asking.

Before talking about the apps that have established a strong position among us teens, I first have to explain what is going on with Facebook. Although Facebook was for quite a while the dominant social networking app, it now seems like it is slowly losing its ground to other applications. Last summer, I realise I was still an active user of Facebook. However, throughout the year I noticed something weird: my friends were becoming increasingly inactive on Facebook. It finally got to the point that I found it “awkward” to share or post something. I was very careful that nothing appeared on my timeline; I was able to restrain myself to just update my profile picture once in a month (I get easily annoyed by my current profile pictures). I have not changed my profile picture since June, which is very unusual.

Of course I still chat with my friends on Facebook (although WhatsApp is taking over that, but more of that later). I also use Facebook to be aware of birthdays (because you can’t remember all of your friends’ birthdays, can you?), to check out any upcoming events and to see the latest clothes on sale on the second-hand sale pages.

Last summer I signed up to Instagram as I had noticed that an increased number of my friends had joined. So I made myself an account, posted a typical selfie and waited for the fun to begin.

A year later, it is a different story: people have left Facebook and all the action is now on Instagram. I am constantly checking my news feed and can spend whole evenings just “stalking” other persons’ accounts! Instagram has definitely become my new “Facebook” where it is not awkward to post pictures.

As Snapchat is not much in vogue among adults, I might as well explain the app very briefly: It is an app where people have usernames and send pictures (usually selfies) to their contacts. It is popular because the pictures sent can only be viewed for a maximum of 10 seconds, and are later destroyed. No embarrassing reminders of that ugly haircut from the past. The ones who found the app ridiculous were proven wrong; it is now one of the most popular apps with 350 million pictures sent every day. I am not sure that even Evan Spiegel, the founder of Snapchat, had anticipated such a success.

It is still a mystery why Facebook Messenger, WhatsApp and Kik stand out so clearly from the rest such as Skype, Viber and Telegram. Teens just love them. They are very appealing as people can use them to talk with people in another country or to make group conversations with a maximum of 50 friends (Many classes have their own group conversations on Whatsapp). The difference between the three applications is that WhatsApp works with phone numbers, Kik with simple usernames (making it easy to talk with strangers) and in Facebook Messenger you must have a Facebook profile.

Tumblr, We Heart It & Pinterest: the fading blog mania?

These three applications have basically the same idea; you create an account and start liking and reblogging cool pictures and deep quotes that usually are not your own. I have always had a preference for Tumblr, although many of my friends are actively using the two others. I used to have an account on Tumblr but deleted it because keeping it active demanded too much of my time. What I like about Tumblr is that it enables you to blog very easily. These applications are now popular, but the problem lies in how teens use them: the accounts are usually anonymous, but they are used like diaries; revealing very personal secrets.

Tinder & Hot or Not: the future of dating

Like Snapchat, these two are recent apps that made a buzz among “youngsters”. You might find it a bit cruel; they are apps where you rate people’s attractiveness from the opposite sex based on a picture. If you like the way the person looks, you press the big heart, and if not, you press on the cross and forget about the person. You may only speak to the person if you have both “liked” each other. Many use these to actually find their future partner, to flirt or to just enjoy rating people without really intending to get in touch with anyone (like my friends and I do).

Now you are probably thinking, what about Twitter? Isn’t that a place where young people keep on posting irrelevant stuff? Well here is a bummer: I don’t have a Twitter account and neither any of my friends. A couple of years ago I used to have a quite successful (at least in my opinion) Twitter fan account about the now infamous Justin Bieber. I spent my time posting facts and news about him, trying to get his attention. I never did, by the way. I have never had a personal account because no one could ever be really that interested in what I say or do. This is the main point: Twitter is more a tool for famous people to be in touch with their fans, because they can at least think that people are interested in what they say.

Skype, together with Windows Live Messenger were probably the first tools for chatting with friends online. Unfortunately, they have been overtaken by WhatsApp, Facebook Messenger, Kik and others.

Our parents are still obsessed with e-mail. What a radical innovation it must have been back then. However, for teenagers like me, e-mailing is reserved for communicating with older people, such as teachers or grandparents.

These apps are not going to stay popular forever; sooner rather than later, teenagers will no longer send countless selfies to each other. But they might be tweeting like crazy. Or how about an app, where teenagers send each other voice records? Who knows...
Share: